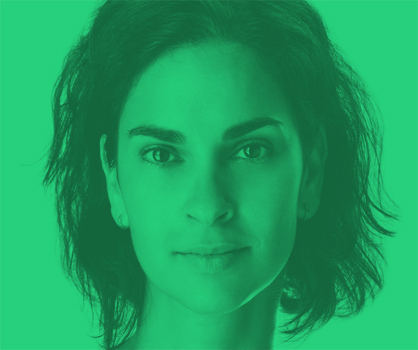 Section 170 of The Bankruptcy & Insolvency Act

Note: Entire Bankruptcy & Insolvency Act can be found at http://laws-lois.justice.gc.ca/eng/acts/b-3/

If you have been bankrupt before or you have to pay surplus income, we will have to do a Report to the creditors. This is called a 170 Report.

Sometimes it is referred to as a Pre-Discharge Report. Others sometimes refer to it as a report card (like you would get at school), because it outlines whether there are any issues that need to be considered before the bankrupt graduates from the bankruptcy process and is freed from his or her debts.

(a) the affairs of the bankrupt,

(b) the causes of his bankruptcy,

(c) the manner in which the bankrupt has performed the duties imposed on him under this Act or obeyed the orders of the court,

(d) the conduct of the bankrupt both before and after the date of the initial bankruptcy event,

(e) whether the bankrupt has been convicted of any offence under this Act, and

(f) any other fact, matter or circumstance that would justify the court in refusing an unconditional order of discharge,

and the report shall be accompanied by a resolution of the inspectors declaring whether or not they approve or disapprove of the report, and in the latter case the reasons of the disapproval shall be given.

Filing and service of report

(2) Where an application of a bankrupt for a discharge is pending, the trustee shall file the report prepared under subsection (1) in the court not less than two days, and forward a copy thereof to the Superintendent, to the bankrupt and to each creditor who requested a copy not less than ten days, before the day appointed for hearing the application, and in all other cases the trustee, before proceeding to the discharge, shall file the report in the court and forward a copy to the Superintendent.

(3) The Superintendent may make such further or other report to the court as he deems expedient or as in his opinion ought to be before the court on the application referred to in subsection (2).

(4) The trustee or any creditor may attend the court and be heard in person or by counsel.

(5) For the purposes of the application referred to in subsection (2), the report of the trustee is evidence of the statements therein contained

Right of bankrupt to oppose statements in report

(6) Where a bankrupt intends to dispute any statement contained in the trustee’s report prepared under subsection (1), the bankrupt shall at or before the time appointed for hearing the application for discharge give notice in writing to the trustee specifying the statements in the report that he proposes at the hearing to dispute.

Right of creditors to oppose

(7) A creditor who intends to oppose the discharge of a bankrupt on grounds other than those mentioned in the trustee’s report shall give notice of the intended opposition, stating the grounds thereof to the trustee and to the bankrupt at or before the time appointed for the hearing of the application for discharge.

170.1 (1) If the discharge of a bankrupt individual is opposed by a creditor or the trustee solely on grounds referred to in either one or both of paragraphs 173(1)(m) and (n), the trustee shall send an application for mediation, in the prescribed form, to the official receiver within five days after the day on which the bankrupt would have been automatically discharged had the opposition not been filed or within any further time after that day that the official receiver may allow.

(2) A mediation is to be in accordance with prescribed procedures.

(3) If the issues submitted to mediation are not resolved by the mediation or the bankrupt failed to comply with conditions that were established as a result of the mediation, the trustee shall without delay apply to the court for an appointment for the hearing of the matter — and the provisions of this Part relating to applications to the court in relation to the discharge of a bankrupt apply, with any modifications that the circumstances require, in respect of an application to the court under this subsection — which hearing is to be held

(a) within 30 days after the day on which the appointment is made; or

(b) at a later time that is fixed by the court.

(4) If the bankrupt complies with the conditions that were established as a result of the mediation, the trustee shall without delay

(a) issue to the bankrupt a certificate of discharge in the prescribed form releasing the bankrupt from their debts other than those referred to in subsection 178(1); and

(b) send a copy of the certificate of discharge to the Superintendent.

(5) Documents contained in a file on the mediation of a matter form part of the records referred to in subsection 11.1(2).