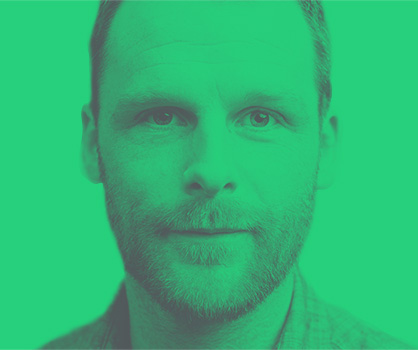 Debt, and stigma addressed in Covid Recovery Poll by Bromwich+Smith

Laurie Campbell, Director of Client Financial Wellness at Bromwich + Smith, is passionate about de-stigmatizing debt and helping clients rebuild their worth and thrive. The company just released the Covid Recovery Poll which probes Canadians on, debt, stigma and whether the pandemic has set back socioeconomic progress. Photo Credit: ANCHOR

TORONTO, October 5, 2021 – After decades of social progress, a new poll finds that Canadians fear the Covid-19 pandemic has set back socioeconomic advances for a number of groups, including women, seniors, people on disability, low-income earners and visible minorities.

The Covid Recovery Survey by Licenced Insolvency Trustees, Bromwich+Smith, puts a lens on public perceptions of debt, stigma and insolvency. It is the latest survey in an ongoing series, designed to create a benchmark of public attitudes and force a discussion around the de-stigmatization of debt.

Overall, nine-in-10 respondents felt the pandemic had set back socio-economic progress in general since its start. When asked which groups have lost the most ground since March 2020, low-income earners topped the list at 77 per cent (a four per cent increase compared to last year). This was followed by seniors, at 50 per cent (a seven per cent decrease since last October).

Forty-five per cent of Canadians feel that both women and people on disability support have lost ground socioeconomically, statistically the same as last October’s survey. People on social assistance and visible minorities both came in at 42 per cent.

“Some results of the survey are disheartening, especially when viewed through the prism of groups that are vulnerable to economic shocks,” said Laurie Campbell, director of client financial wellness at Bromwich + Smith.

The study continued the theme of stigma by addressing, specifically the way people think of others, themselves and debt. Only 57 per cent of respondents said that people who don’t pay their debt “perhaps can’t afford to” a massive decline in that empathy and sentiment since last year, when nine-in-10 felt that way.

Nevertheless, there are some encouraging numbers regarding debt and stigma when looking deeper into the findings. *Figure 1, stigma barometer, below

“Despite considerable setbacks, the pandemic has provided a teachable moment when it comes to stigma, and empathy around debt,” said Campbell. “In fact, two thirds of Canadians answered unforeseen circumstances as a cause for people to not pay their debts. What bigger cause for empathy than living through this global event can we imagine.”

Looking back since March 2020, the study asked people if they were more open-minded on a number of items, based on what they have gone through. Three out of four (75%) are feeling less judgmental about those who struggle with money, debt or insolvency. Meanwhile 43 per cent are open to talking to family or friends about their finances. Reassuringly, 37 per cent are more open to talking with a debt professional, such as a licensed insolvency trustee.

“These numbers show what we’ve always known – debt and money carry a very large stigma with Canadians, something we see often with our clients,” said Campbell. “It is critical that Canadians realize that, especially during these extraordinary times, a licenced insolvency trustee can help rebuild a person’s financial life.”

About the Covid Recovery Survey by Bromwich+Smith
From July 9 to July 13, 2021, an online survey was conducted among a representative sample of 1,510 Canadians who are members of the Angus Reid Forum. For comparison purposes, the sample plan would carry a margin of error of +/- 2.5 percentage points, 19 times out of 20. Discrepancies in or between totals are due to rounding.

About Bromwich+Smith
At Bromwich+Smith, our dedicated team of Licensed Insolvency Trustees and Debt Relief Specialists are committed to rebuilding our clients’ worth, while helping relieve the overwhelming financial and emotional burden they are experiencing. Beyond our clients’ financial wellbeing, Bromwich+Smith strives to restore the personal wellbeing and self-confidence of every client. Whether it’s through a consumer proposal, bankruptcy, counselling or budgeting, our clients trust us to work with them to find customized solutions to make them whole again. With offices in BC, Alberta, Saskatchewan, Manitoba and Ontario, Bromwich+Smith helps thousands of Canadians rebuild their worth every year.

Bromwich+Smith's Debt Relief Specialists are available for a free, confidential, no-obligation initial consultation by phone at 1-855-884-9243 or via www.bromwichandsmith.com.

For further information: To arrange an interview with Laurie Campbell at Browmich+Smith please contact:

I'd say love, but the circumstances I found myself in made me uncomfortable from the start. The people who served me were helpful and concise. I left my first visit feeling calmer about my situation than I had in a long time. They did what they said they could do, and that is what makes me even bother with this review! It was nice to have them on my side when I thought my debts were insurmountable.