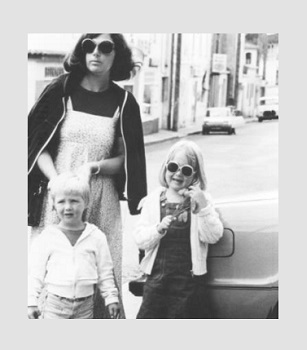 As a financial literacy professional who had often taught others how to manage money and set financial goals, I thought I had it in the bag when it came to teaching my own children.  I certainly had a few stories of how my parents managed their money and realized their own financial goals.  While it was usually accomplished with great aplomb, a few memories definitely stick out.

When I was quite little, our family packed up for a big trip to Expo ‘67 in Montreal . Being the tender age of four at the time, I remember very little of the trip, but one story remains quite vivid.  We were watching some exhibition at a stadium of some sort when my older sister cried that she couldn’t find her change purse. She had saved a virtual fortune for the trip, and she became hysterical. Chaos ensued as we looked everywhere for that little purse: under the stands, in the washroom, the car, everywhere possible. It soon became apparent that it was gone, and big tears ensued.  My sister was out a whole $7, which to her might as well have been a million.  She asked my mom to cover some of her loss but my mother flat out refused, and my sister never got to buy anything on that trip.

Keep your money close and your debit card secured, don’t hand out your credit card or valuables to others, and whatever you do, don’t leave them in a stand somewhere!

Successful money management includes keeping records. This includes knowing how much is available, how much money has been spent, and how much must be saved for future needs.

In my teens, I remember my mother coming home one day with a big announcement.  She said she had talked to an insider (her friend Jane in Toronto) and the price of copper was going to go through the roof!  She had just visited many banks in our town of Sault Ste Marie and had a trunk full of pennies she was sure was going to double, if not triple, in price.  My poor father had to lug bags and bags full of pennies down the stairs to the basement for safekeeping.  For a year, my mother faithfully read the finance section of the newspaper waiting for a big announcement about a copper shortage.  Nothing ever came of that copper insider tip, and a few years later my father lugged all those pennies back up the stairs so my mother could take them back to the bank.

Lesson #2: If something sounds too good to be true it probably is.

Betting on a bunch of pennies that only turn out to be a bunch of pennies is one thing.  When my mother finally gave up, she still had as much money as when she started. Putting your savings into a risky investment is a whole other story.  Slow, steady growth with sound investments will reap its own rewards.

A few years later, during the time that Russia and the US were on high alert and tensions were rising, my mother was convinced there was going to be nuclear war.  She had it in her mind that there would be a food shortage and she needed to stock up on supplies.  She bought cans and cans of beans and giant bags of rice to put in the cubby under the stairs so that we would be prepared for the impending ‘apocalypse’.  Soon that cubby was overloaded with enough dried goods to keep a family of 10 going for a year!  When US and Russian tensions subsided, it became apparent that we really didn’t like beans that much and we only ever ate rice on the odd occasion.  Off to the food bank it all went.

Lesson #3: Spend money wisely on things you will use.

Buy what you need but also buy what you like.  My mother was thinking of stark times not realizing that we may need to eat this stuff one day.  Be realistic because in the end you could be spending money on items you will never use.

When I had children of my own, I was convinced I was going to be the guru of money education.  After all, I lived and breathed this stuff every day.  Teaching my children about money would be child’s play!

I started by talking to them about how much everything cost and how we all had to make decisions about what we could and could not afford.  Some things were simply too expensive and we couldn’t have them. Each child was given a small allowance and told they could spend a portion of it, and they were doing just great. I was quite proud of my little prodigies, until one day when it was snowing heavily outside I asked my son if he wanted to go out and play.  He turned to me and said ‘no it’s too expensive out there’.  That is when I learned lesson number 4.

Lesson #4: Talk to kids in a way they understand.

Using big words like expensive could turn into a total flop, let alone explaining complex financial concepts.  Start with a very small allowance and help them learn the 3 S’s early on (Spend some, Save some and Share some). This will encourage them to save, instill the value of helping others, and help them make good spending decisions.

Not long after that a reporter reached out to me for a story on kids and money, and I readily agreed.  We met at a department store where I brought my children to be part of a photo shoot - they would be shown learning the importance of wise money choices. Undeterred by my earlier experience, off I went with kids in tow to teach them the importance of making wise money decisions.

I spent a few minutes speaking with the reporter, then she asked if I would help the children make a purchasing decision in line with the budget we had set out.  I had suggested a colouring book, reasonably priced with some really cool action figures to colour for my son.  He had other ideas and brought out a scratching doodle toy which was way beyond what I deemed was reasonable for this unexpected purchase. He cried, then I explained, which led to a full-on tantrum. Arms and legs were flailing everywhere, while onlookers shared looks of disgust or pity.  I felt badly for my son because to him this must have seemed like a set-up, but I refused to give in on this important learning moment.  When the reporter yelled ‘for crying out loud, if you don’t buy it for him, I will!’ I realized this was actually a lesson for me.

Lesson #5: Set clear boundaries before shopping with your kids.

Make clear what you are willing to spend your money on and what you are not before you enter the store. Once inside, your kid could be at the check-out making a loud scene, insisting to buy the inappropriate candy or expensive toy.  If you give in this time, you‘re doomed on the next visit.

I have learned a lot over the years about how to teach children about money. I’ve learned that it’s about teaching them responsibility, letting them make mistakes and involving them in aspects of the budget.  Taking them grocery shopping, asking them to compare prices and setting a reasonable allowance are all elements of successful money management for them.  And whatever you do, be careful when you say, ‘go pick something out’, they may come back with a $200 gaming system!

Financial literacy is a key element of successful adulthood, but it’s not always easy to learn. First focus on your own financial literacy, and then you’ll be better able teach your kids about the world of money. Bromwich+Smith  has a whole library of tools to help you manage your finances, and if you’re dealing with overwhelming debt, our Debt Relief Specialists are here to provide a free, no-obligation consultation.

If you are interested to learn more check out this CTV segment about Money and Teaching our kids.

How to Talk to Your Kids About Money