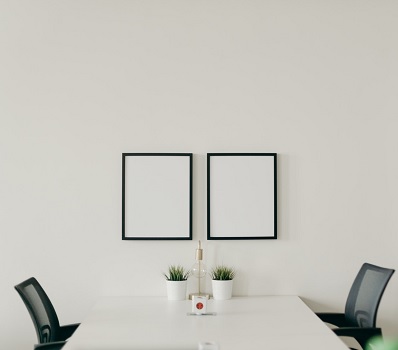 In a post-pandemic world, with extreme labour shortages and job losses many are looking towards the Gig economy to find work.

What is the Gig Economy?

The Gig economy is a much discussed global phenomenon that is on the rise. Putting it simply, a Gig worker is defined as not being employed on a long-term basis by a single company; instead, they enter various contracts with firms or individuals to complete a specific task to work for a period of time in which they are paid a negotiated sum.

So, how can we define the Gig economy? Broadly speaking, the gig economy is a free-market system in which companies look to work with independent contractors or freelancers as opposed to hiring full-time workers. The word “gig” refers to the transient nature of jobs in the Gig economy.

The Gig economy includes independent contractors or freelancers with specialized skills and on-demand workers hired for jobs through the growing number of online platforms.

The gig economy definition encapsulates all sorts of contingent work arrangements, like:

The reason why the Gig economy has been under scrutiny for the past couple of years is that technology has lowered barriers of entry to such a degree that “gigs” have become easily accessible to an unprecedented number of people.

What was perceived as a side hustle only a couple of years ago, has turned into a trillion-dollar industry with millions of participants across the world.

When we say Gig economy many of us think of the following:

Gig economy participants sometimes treat their gigs as their main source of income, or as a secondary one.

With more and more participants, the Gig economy has significantly changed the contemporary business landscape—to the point where new legislation is being developed to regulate it.

Even though it’s notoriously hard to measure, it is drawing more and more people, because of its  accessibility worldwide, creating new opportunities for employers to attract and cooperate with top talent on crucial projects that call for highly specialized skill sets.

For many Gig workers, the “gigs” they do, allow them to supplement their monthly income. However, there are some who make their primary living out of the “gigs” — this group consists of highly skilled professionals who cooperate with various businesses. Finally, the gig economy also includes those who have families to support and no other option to make a living.

Some of the key reasons for freelancing include the ability to work remotely, schedule flexibility, extra money, and independence. With many freelancers enjoying the opportunity of being their own boss.

The internet has played a huge role in freelancing and the growth of the Gig industry. Some of the biggest websites that provide Gig work are Upwork - which has over 15 million users - as well as Fiverr and Toptal.

Although during the pandemic, some Gig workers in certain fields had to pause their work, others were presented with new opportunities to work independently.  Companies are increasingly working with freelancers and COVID-19 has only accelerated that need. Watching these trends it is fair to say that the Gig economy is here to stay and expanding rapidly. Changing the traditional job market as we know it.

It also means enormous adjustments to the way many of us structure our finances. Which includes how we save for our futures and ultimately what retirement means. Along with having to pay for our own benefits and other expenses that are not included with Gig work.

In the meantime, it does give many of us options to supplement our income, find our true passion and in the end define how we may or may not play a part in this new Gig economy.

Regardless, however you are employed, we're here to help if you are financially struggling. With Bromwich+Smith you are never alone and we ensure that our expertise will leave you feeling hopeful and confident. Call our Licensed Insolvency Trustees today for a free, no obligation, confidential consultation 1-855-884-9243. Let’s see you flourish!

The level of knowledge, compassion and customer service I received during this process has been exceptionally high. I was referred to Bromwich+Smith by The Credit Counseling Society and I am so very grateful to have been treated so gently. Everyone who handled my file was incredibly understanding, helpful and friendly. I was treated with respect and dignity, and I genuinely felt like they wanted me to succeed in my future endeavors. I've learned a great amount of things both about myself and life, not just about managing finances.