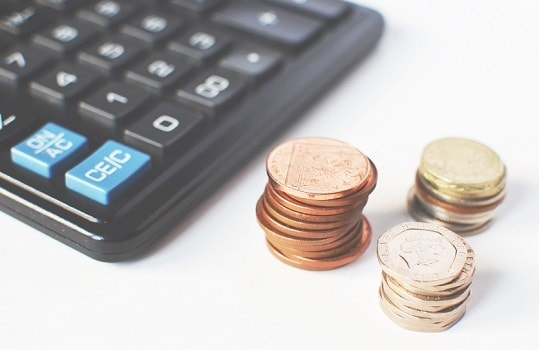 It’s Just Math: Should You Fear an Insolvency Filing?

As a Licensed Insolvency Trustee who has spoken to over a thousand people in the last 7 years of my professional career assisting individuals with debt problems, I have found that a lot of people fear the processes that are designed to help them. This leads me to ask a question to the people I meet with to understand where they are coming from, and why they are fearful of sometimes proceeding with a consumer proposal or bankruptcy:

“What is more important to you, having a good credit score or having money?”

The answer is always “money!”

At this point I would say, “money is one thing and credit is another, they are not the same.”

My job is help people understand the legal processes available to them to help them when they are overwhelmed by debt, or not yet overwhelmed, but simply have to much debt for any reason whatsoever, without any judgement.

There are two main reasons that people fear moving forward and we will discuss both through a case study of the average Canadian person.

The first is the effects on a person’s credit score:

This is the basic effect and the nitty gritty will be in my next Blog Post: “It’s Just Math: Effects of Insolvency Filings on Credit Score, Magical Computer Algorithms and How Your Credit Score is Calculated”

In both bankruptcies and consumer proposals people can get credit/credit cards etc. while still in the process, they may pay more in interest, and credit limits will be lower. Legally, you are allowed to get credit as long as you are honest with the creditor about your situation and let them know if you have filed a bankruptcy/consumer proposal. It is not hard to get credit (look at how much credit you may already have, and you still get offers from banks all the time for more!), it is much harder to earn money. Each situation is looked at and all lenders treat things differently such as assets, income and previous history, so there are no guarantees on the type of credit, interest etc. you will get whether you are in bankruptcy, a consumer proposal or in in any situation where you are in debt either.

Now lets go through an example of what would happen if like many people I have helped over the years, you decide to let go of the fear and just go through a proposal to restructure your debts and overall finances:

Lets now assume that this person spends as follows:

15% on variable household expenses (everything we would normally get at a grocery store) = $506.25

That totals up to $2,998.75 so after all this is paid from the persons monthly income, they have $376.25 left. Now we have made some assumption’s here, this person does not have a child, not pet, no car loan, does not smoke/drink. This illustrates just one situation of one very average Canadian Person and when I help my clients figure out their budgets we go through there individual expenses to create a plan that works for them and every person will have different circumstances and therefore different expenses.

Now let’s say that this person has for whatever reason accumulated $20,000 in debt on a credit card and the interest is 20%. If that person dedicated 100% of there leftover funds of $376.25 to put towards payment of that one debt here is what happens:

It would now take this person 11 years of their life to pay this off, and in the process the accrued interest they paid totals at $29,418 (this occurs due to compound interest which is a whole other topic to be addressed in a later blog post). They have shelled out principal + interest of $49,418.  At this point in time they would also have $0 net worth, they are just even with nothing saved.

Now remember this person is not just paying minimums nor do they have any other unforeseen circumstances ahead. This persons salary will not grow at 20% per annum to even match the growth of their debt, no average persons salary does that, but living expenses like rent, food, even taxes seem to grow at those rates at times.

So, it becomes a mathematical example of which would you rather have:

A Good Credit Score and no money for 11 years as out lined above, or a Lower Credit Score (that can be rebuilt fairly quickly), for a period of time and go through a consumer proposal as outlined below:

Which now leaves the person with a spare ($376.25-$150) $226.25 per month to put into savings for emergencies, put into an RRSP, put away for their children’s education or anything else. Let’s say they now do the following because they took my advice:

So as you can see it’s just math and there is not much to be fearful of.

There is also no cost to speak with a Licensed Insolvency Trustee like Bromwich+Smith  to review your financial options, and simply going through your options does not effect your credit in any way, so I would say it’s always worth finding out if it makes financial sense to get your self on a plan to Rebuild Your Worth!