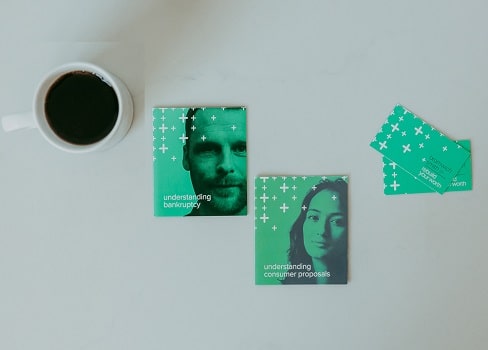 A bankruptcy and a consumer proposal can be excellent options for you if you are experiencing financial difficulties. A consumer proposal is a great choice for you, if you have the ability to pay something to your creditors but need to change payment arrangements and have equity in assets you want to keep. While bankruptcy is for people that are overwhelmed by their debt, and don’t have a steady income, making it difficult to afford payments owed to creditors.

When used appropriately, both bankruptcy and a consumer proposal can be an effective form of debt relief. However, both can have significant impacts on your life. We are going to outline the major differences between the two, which includes: the costs of both options, their effects on your assets, the time each process takes, their impact on your credit, the long-term consequences, in order to assist you in figuring out which option is best for you.

The Differences Between Consumer Proposals & Bankruptcy

Both bankruptcy and consumer proposals are governed by the Bankruptcy and Insolvency Act, directives issued to bankruptcy trustees by the Superintendent of Bankruptcy, and provincial laws. They’re intended to provide protection from the courts for people who are unable to repay their debts in full.

Bankruptcy was originally designed to provide people who had fallen on hard times and financial distress a fresh start, especially from debts that they did not have the capability of repaying.

How bankruptcy works is that if someone files for bankruptcy, all collection activity on the debts included in the bankruptcy are stopped and creditors are typically forced to accept less for the debts owed to them than the borrower originally agreed to repay.

A consumer proposal is different from bankruptcy in that your bankruptcy trustee must offer your creditors an amount of money to settle your debts and your creditors will vote on the offer. If the creditors who own the majority of your debt accept it, you repay the agreed on amount over a set length of time (usually this is just under 5 years).

Here are some other key differences between a consumer proposals vs. bankruptcy:

In terms of your debts most unsecured debts are settled (or discharged) in a consumer proposal and bankruptcy. However, some debts survive and you are still required to pay them, such as the following:

This probably feels like a lot of information to absorb, so we hope outlining the differences between a consumer proposal vs. bankruptcy empowers you to make a go forward plan to conquer your debt.

Keep in mind, only a Licensed Insolvency Trustee like Bromwich+Smith has the legal authority to administer a Consumer Proposal or a Bankruptcy for you. In fact, if an online or offline debt relief service offers a Consumer Proposal or Bankruptcy, ask if they are Licensed Insolvency Trustees. If they are not, they will be required by law to engage an external Trustee, which could add their unnecessary fees to the process.

Remember, we’re here to help you find the solution that best fits your needs. At Bromwich+Smith, we do this by offering an initial free, no obligation, confidential consultation by phone 1.855.884.9243 or video. You can also request a call back at our contact us page. We’re working with you to rebuild your worth.